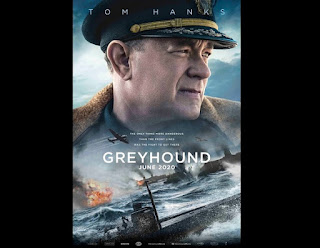 U.S. Naval Cmdr. Ernest Krauss is assigned to command an Allied convoy bound for the Middle East during World War II. His crew consists of a dozen men, but when the convoy is pursued by the German U-Boats, it becomes his first combat assignment. While this is his first combat mission, he soon finds himself entangled in the largest, most complicated and longest naval engagement in history: The Battle of the Mediterranean.

As with many of the other Greyhound movies, the movie's plot was based around the events that led up to the film's setting. With a large Allied invasion looming in the near future, the Navy is facing tough decisions on how to use the resources that it has available. With a larger fleet of carrier battle ships and cruisers, the Navy must decide whether to concentrate on the more obvious targets or the more subtle ones. Some of the smaller ships have much less advanced technology and so they also face questions like, can they get there without losing their own strength?

One of the main reasons why the Greyhound films became popular is the fact that the writer(s) were able to combine the fun, action, and adventure of war with the suspense and intrigue of a suspense novel. It's not easy to write about a fictional war, especially one that is about a battle going on right under your nose. But that's exactly what happened in this film and the writers were able to capture the action and drama while still being suspenseful at the same time.

For those Greyhound lovers out there, you'll no doubt want to check out the other Greyhound movies in the series to get a feel for the larger world and all of the characters. I personally enjoy this type of film series because there are some good characters to root for, and the battles can become a little more thrilling if the film is made for this type of audience.

If you have never seen a Greyhound movie before, I highly recommend checking out this book instead. The trailer alone will show you just how entertaining and exciting this film is. There's even a small clip that features the actual Greyhound race from its early days and how fast it moved along at those times.